Nina has won a British Comedy Award, stormed Live at the Apollo, Russell Howard’s Good News, Sunday Night at the Palladium, and made a BAFTA nominated film - all without even moving her lips. Nina has now announced the dates of her largest scale UK tour to date – and in a spectacular feat of ventriloquism -  it is an entirely improvised every night. Tickets are now on sale.

Nina began her career as an actress at the Royal Shakespeare Company, before the genius and anarchic theatre director Ken Campbell inspired her to become a ventriloquist. In 2008 she won the prestigious Barry Award at the Melbourne International Comedy Festival for her solo show Complete and Utter Conti. In 2010, Talk to the Hand had sell out seasons in Edinburgh, London, Melbourne, the Sydney Opera House and New York.

Her show Dolly Mixtures was recorded at Leeds City Varieties in April 2014 and available here. 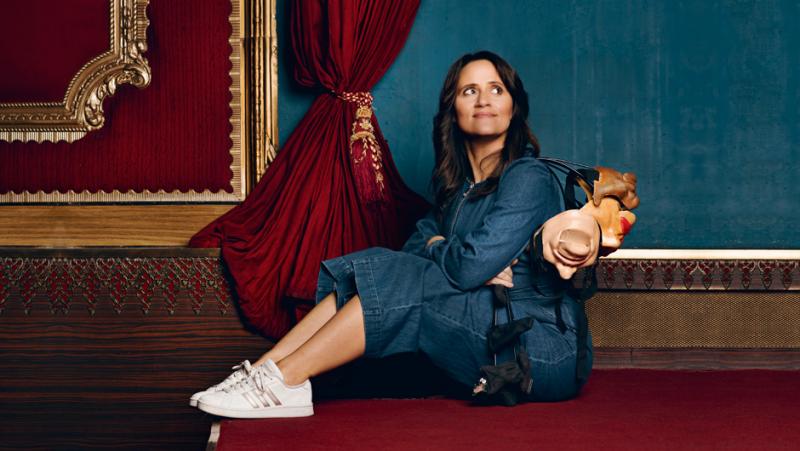 Nina’s directorial debut film, Her Master's Voice, received the award for Most Entertaining Documentary at the 2013 Grierson Awards. The film was also shown at the South by Southwest Film Festival in Texas, picking up the Audience Award, and was then BAFTA nominated for Single Documentary. She has since made a second documentary for BBC4 Make Me Happy which was nominated for two British Comedy Awards. Further films are planned.

This film follows Nina as she trains as a giggle doctor with Theodora Children's Charity, beginning with her trying to find her clown persona, who might be Scottish... or might not. Devastated by the discovery that Monkey can only perform in hospitals if he can be boil-washed, Nina tries to go it alone with only a red nose, a few misshapen balloon animals and some slightly disappointing magic tricks. Not to mention her professional snobbery rearing up as she finds herself turning into a baby-voiced children's entertainer. Then there are the difficulties she encounters when faced with clown phobia.

A Ventriloquist’s Story: Her Master’s Voice

When theatrical anarchist/ comedic philosopher/ ventriloquist/ eccentric genius/ mentor Ken Campbell died in 2008, the entirety of his estate was left to Daisy his daughter except for one small corner – he left his ventriloquist dummies to Nina, Britain’s foremost ventriloquist. On the verge of abandoning her career and struck by the death of her mentor and sometime lover, Nina decided to embark on a road trip with Ken’s dummies to Venthaven, Kentucky, the resting place for puppets of dead ventriloquists and host to an annual international ventriloquist convention. A Ventriloquist's Story - Her Master’s Voice follows this pilgrimage - personal, historical, hilarious and moving.

Make Me Happy: A Monkey’s Search for Happiness

Nina Conti (and Monkey) delve into the world of new age and alternative therapies in the quest for self-knowledge, enlightenment and happiness.

Nina Conti, mostly happy, gauche and open, is unravelling a little. Life is flying by and she is fearful of what she is becoming: a flakey stressed-out mum. She wants to feel less angst, more grounded and happy.  Monkey is skeptical and the voice of her self-doubt and to him it's all rubbish; the so-called therapists are nothing but charlatans trying to make money.

In this film, both comical and bizarre in equal measure, Nina’s subjected to therapies ranging from naked yoga, laughter therapy to shamanic ritual, before heading off for an unsettling 3 day retreat in the wilds of Scotland to undergo primal screaming and rebirth. 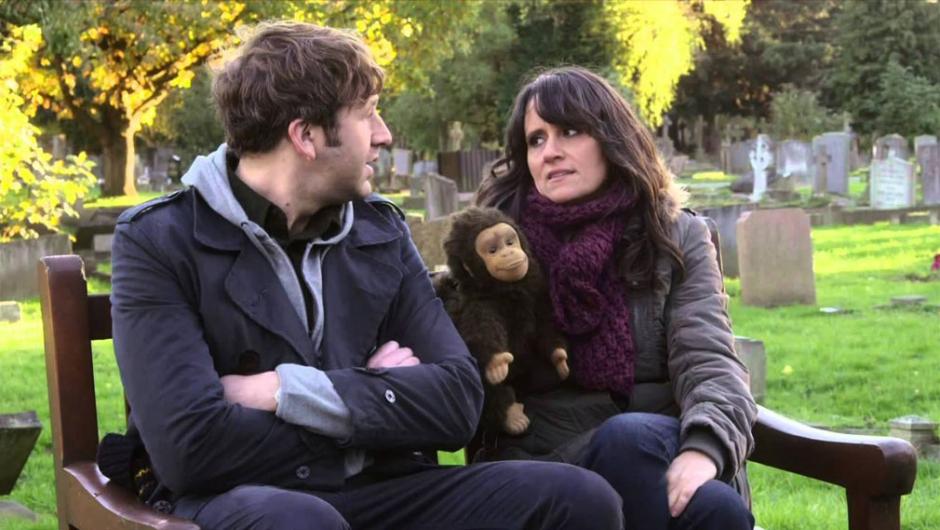