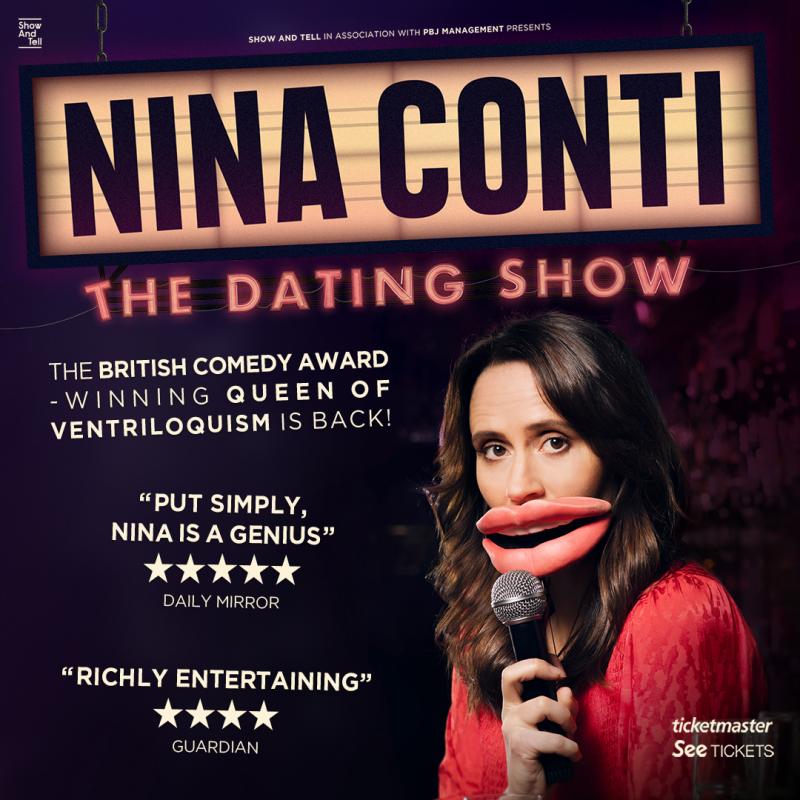 Following a 4 year absence, Nina Conti embarks on a UK tour with her new show, The Dating Show, opening at Bristol Old Vic on 31 October 2021.

British Comedy Award winner Nina is pioneering a new dating show. She’ll be like Cilla Black with masks. Derailed. Not so much a Blind Date as a re-voiced one. There is no promise that true love will be found but a firm guarantee that big laughs will be had in the reign of this quick-thinking queen of ventriloquism.

Nina says: “I can only dream of a land where a theatre is at full capacity and everyone is vaccinated and safe and laughing. Apparently, we are on track for this in November so I’ve agreed to book a tour.

Before this Armageddon hit I was developing a dating show where I would connive for audience members to fall in love wearing masks. Post-COVID, I can’t think of anything more fitting. I think we all need to get in a room together and laugh our heads off, and if the subject can be love, so much the better”.

Nina started doing stand-up ventriloquism in 2002 and shot to fame by winning the BBC New Comedy Award that same year. Famed for her foul-mouthed ‘sidekick’ Monkey (Monk), Nina has won numerous comedy awards for her writing, acting and ventriloquism.  She has taken numerous shows to the Edinburgh Fringe Festival and appeared at the Melbourne International Comedy Festival and the Montreal Comedy Festival. In 2016, her smash-hit solo show ’In Your Face’ (‘a plate-spinning feat, a hoot’ * * * * * The Guardian) enjoyed sell-out seasons in London’s West End and New York’s off-Broadway.

‘You will see nothing like it on stage’ * * * * Evening Standard

Nina has stormed ‘Live at the Apollo’, ‘QI’, ‘Russell Howard’s Good News’ and ‘Sunday Night at the Palladium’ – all without moving her lips. In 2012 she fronted two documentaries for BBC4: ‘Make Me Happy: A Monkey’s Search for Happiness’ saw Nina take Monk on a journey into the world of new age and alternative therapies and ‘A Ventriloquists Story: Her Masters Voice’ (currently availableon Amazon Prime) in which Nina took the bereaved puppets of her mentor and erstwhile lover Ken Campbell on a pilgrimage to Vent Haven, which was nominated for a BAFTA TV Award. In 2013 she appeared in Christopher Guest's HBO series ‘Family Tree’ alongside Chris O’Dowd.

More recently Nina was a runner-up on ‘The World’s Best’, a US major talent show on NBC; produced an improvised web series, ‘In Therapy’ on YouTube, which has amassed over 1.5 million views since 2018; and  joined forces with award-winning Shenoah Allen (The Pajama Men) to make the character comedy podcast, ‘Richard & Greta’, unqualified experts who explain how to get the most, or too much, out of your partner –  https://play.acast.com/s/richard-and-greta.

Tickets for The Dating Show go on sale on Friday 29 January 2021.

Nina will be performing during Medium Rare's variety show at the Peligoni Club's House Party this September!

The Peligoni Club is located on a in the north of a small greek island, Zakynthos.

The House Party will take place between 11th - 14th September.

Nina is also performing in a new act as 'Monkey and Roy' with Shenoah Allen of The Pajama Men. Find their shows on the Live page! 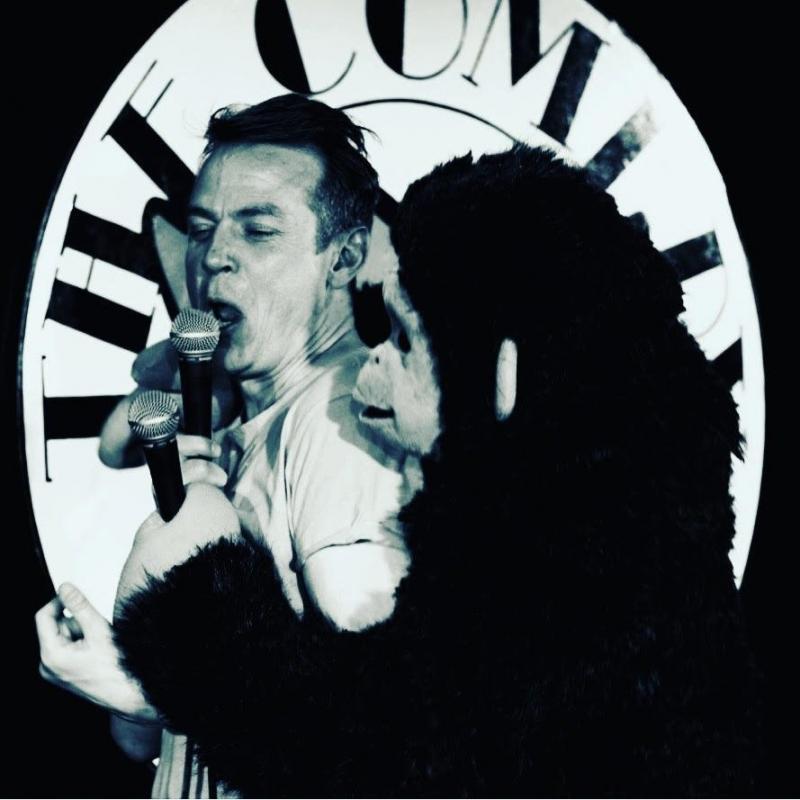 Work in Progress shows at the Underbelly Southbank Festival

British Comedy Award winner Nina Conti is experimenting with new ideas and some old favourites as she works out her new show.

'Put simply, Nina Conti is a genius' The Mirror

Nina is delighted to announce, alongside her UK tour of In Your Face, her New York Debut in which she will play a limited 13 performance run over 10 dates in December at The Barrow Street Theatre, NYC.

Get your tickets now!